Resident Evil: Revelations 2 is an episodic sequel to the 3DS title that took the franchise back to its survival horror roots after a couple of action packed entries into the franchise. Set between the events of Resident Evil 5 and 6, Revelations 2 sees the return of Claire Redfield and, playable for the first time in a main story, Barry Burton. Each episode is split into two parts as you play from each characters perspective in an interlocking story.

While attending a party for TerraSave (“Because ‘terra’ shouldn’t end with ‘ist’ ”), a human rights organisations to which Claire works, Miss Redfield is joined by Moira Burton, the daughter of Barry. Soon things get a bit more serious as armed men crash the party and kidnap an unknown number of the guests, including Claire and Moira. When the two regain consciousness they find themselves in some kind of run down prison complex. For the most part the place is in ruins, except for the remote activated door locks and security cameras that follow your every move. Claire and Moira are also wearing glowing wristbands, the colour of which changes when scared .Green: Normal, Orange: Anxiety, Blinking Red: Fear, Red: Mutation (apparently in this, fear leads to mutation, not anger).

When we meet Barry he’s on a boat headed to a small island, listening to a distress call from his daughter. On arrival at the island a creepy little girl comes out of nowhere, a girl named Natalia. She is all alone and can’t remember anything about how she got there, but she’s wearing one of the same wristbands as the others. Barry has obviously come prepared. While the girls were taken unexpectedly and had to scavenge for their weapons, Barry has turned up as a one man army. A pistol, assault rifle, and who could forget his trusty maverick.

Wile both Claire and Barry take care of the gun handling in their respective journeys, their companions take a supportive role. Moira utilises a torch to find hidden items and temporarily stun enemies. She also has a crowbar for defence and to open barred doors. Natalia has a similar ability to find hidden items, but she does it as part of a mysterious power. While controlling her you can also see a smoke like hue around enemies which is either yellow or red depending on if they can see you. This smoke is also seen through walls, making it much harder to be surprised by enemies, but much easier to sneak up behind them for a stealth kill.

The enemies facing Claire and Moira look like the result of torture and experimentation. Their skin is covered is scars and random pieces of metal, like surgical equipment or metal screws used to set broken bones. Interestingly, the enemies from Barry’s section looked a lot like those in Claire’s, but just as if they’d been dead for a while. Their skin looks all rotten, and they move a lot slower, but they tend to arrive in greater numbers, making use of Barry’s increased arsenal. The real contrast with the levels is in the difficulty. While Mr Burton’s was fairly easy, Claire had a rough time of it. Not only does she start with nothing, but she also find far less along the way. I never felt that short of herbs and ammo as Barry, but always felt like I barely had enough with Claire.

I’m not sure how I feel about having these A.I companions. Unfortunately I was unable to play the game with anyone as it only supports local split screen rather than online co-op. This left me having to switch back and fourth between each of the characters. Granted it did help mix up the gameplay a bit, but there were times, particularly during combat, where having my partner controlled by a real person would have made it far easier to get through. Instead I would often feel like my companion was just there to act as bait rather than really help proceedings.

Graphically you can tell that the game has been released cross generation. As stated above I played the PS4 version, but visually it looks like something from Last-Gen. Thanks to a distinct lack of bump maps the environments look very flat and boxy. The character models look decent and there are some nice lighting effects, but overall it looks quite dated. 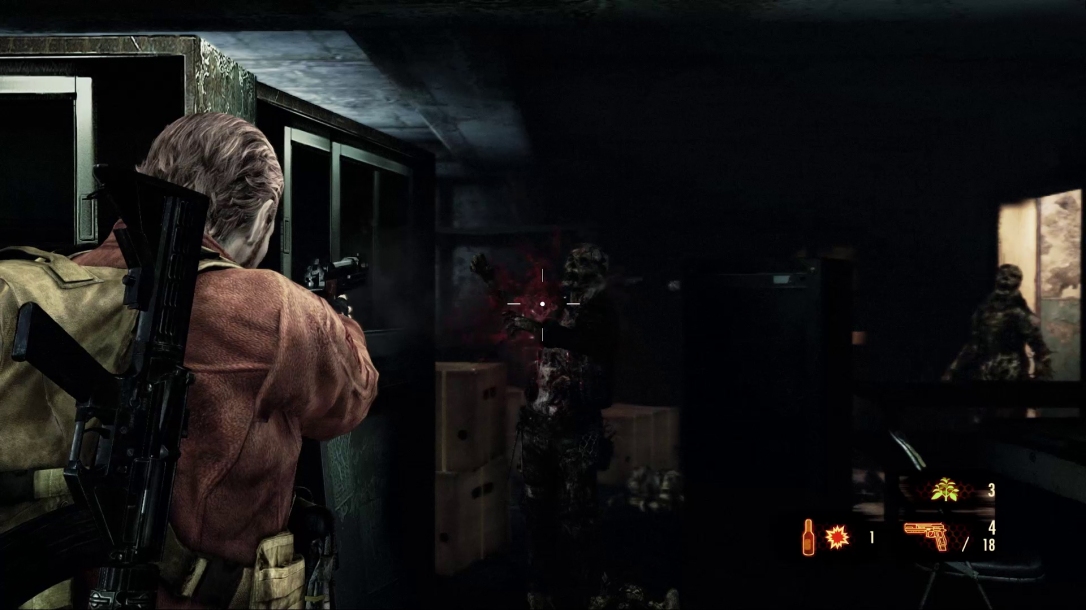 Combined, both stories only took about 2 hours to complete. But thankfully there is a considerable amount of replayability in this first dose of content. There’s unlockable modes, medals for completing specific tasks, collectables to collect, and the battle to get those elusive S ranks on each difficulty. Overall there’s a fair amount to do once you’ve finished the actual story, and that’s before even mentioning Raid Mode.

Raid Mode, like Mercenaries before it, is an action mini game where you fight waves of enemies on a fairly wide selection of missions. Most of the missions have you progressing through linear pathways, unlocking new sections as you defeat each wave; but some are single arenas where the exit unlocks once you defeat enough enemies. You can pick from a selection of characters which you level up individually. As you level up you unlock new skills and weapon slots for use in the missions. The level you are also determines how much damage you give to and take from enemies. Each mission has a recommended level to play it at, but if you’ve gone above that you can choose to play the mission at a lower level so it isn’t too easy. 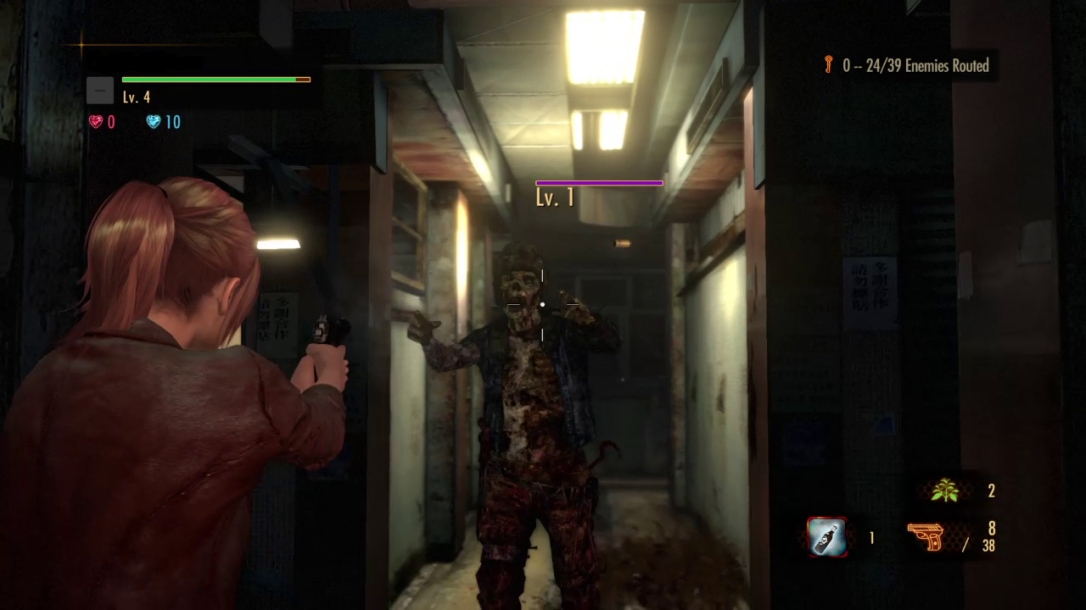 The missions themselves are laid out in a fairly overcomplicated way. There are 9 tiers of missions, 3 of which are unlockable with Episode 1. Each tier has 6 missions and can be played at 3 different difficulties; Normal, Hard and Very Hard. You unlock the missions in sequence but the different tiers and difficulties are unlocked by earning medallions. Each mission has 5 possible medallions. You get them for clearing the mission, defeating all enemies, not using any herbs, completing within a limited time, clearing the mission at or below the recommended level, and finally for earning all previous medallions at the same time.

Raid mode is definitely a lot of fun. I’ve only put a few hours into it but I honestly can’t wait to finish this review so I can get cracking on the rest. Unfortunately, as with the main story there was no online co-op, though in this case the feature will be added with a title update.

Resident Evil Revelations 2 has started off strong. The mysteries surrounding the island and Natalia will keep me interested enough to return for the next episode. The gameplay is still quite action packed, but far less of a Michael Bay experience than the last Resident Evil game I played. Lastly Raid Mode is a hell of a lot of fun. It’s just a shame the online co-op for that is unavailable, and for the story, non-existent.